Creating environments
that work since 1905
Contact Us Today 01452 302206 webenquiries@mitchells-glos.co.uk
Home › Meet The Team 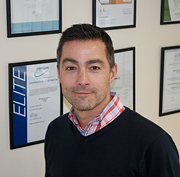 Garrion started his working life as a sales representative for a printing company after completing 4 years in higher education obtaining a Business & Finance HND specialising in Sales & Marketing.After 2 years of successful and continued target attainment, Garrion decided a career change was required to prevent stagnation and afford a continued on-going challenge in his working life.He went back to college for 3 years to attain an HND in Building Services Engineering whilst working as a project engineer before becoming a project manager for Mitchell’s in 1994.Garrion became the Managing Director in 2000 following the retirement of the Air Conditioning and Refrigeration Divisional Director, and since this time has altered the Company structure and operation to be enable Mitchell’s to offer exemplary service across a wider and more diverse range of Services 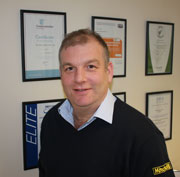 Angus has been involved with building services since 1984 when he started work as an apprentice training to become a telecommunications and data engineer. Having achieved the necessary qualifications he worked his way through the company and left in 1998 as Installation Director.After a short period as a contractor working for the RAC, responsible for an IT rollout, he then went to work for an Electrical Company in Gloucester to expand the services that they offered. After a period of time Angus was appointed as the Operations Director, responsible for the planning and implementation of all building and construction services. Angus joined Mitchell’s as the Commercial Manager in May 2010.Angus has a broad working knowledge of Mechanical and Electrical projects and has specialist Health and Safety Qualifications, together with experience of the workings of the CDM Regulations 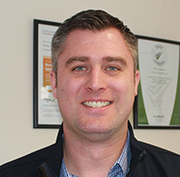 Gary started his career in the plumbing and heating industry 20 years ago. After successfully completing his apprenticeship in Birmingham he relocated to London where he quickly obtained further specialist qualifications becoming a commercial gas engineer, working in a variety of roles including contracts for the NHS, MOD and several hotel chains.
By 2010 he was responsible for managing mechanical service and maintenance contracts in exclusive high end properties in central London and large estates in Oxfordshire.
After becoming self-employed, and in order to stay in touch with current trends, Gary obtained further qualifications in renewables and received extensive product training which led to involvement in various bespoke projects across the South of England. Along with the renewable work Gary carried out specialist commercial gas purge procedures.
In 2015 Gary relocated to Gloucester and joined Mitchell’s as the Heating Services Manager. He brings a great deal of experience, knowledge and energy to the role. With the rest of the team he will continue to build good relationships with our customers and offer a premium service that they have come to expect. 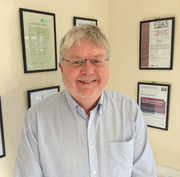 Jack started his career in the Building Services Industry back in the seventies as an Engineering Apprentice with the then Haden Young. During this time he attended Bath Technical College and achieved qualifications in the Design of Heating, Ventilation and Air Conditioning Systems.He has worked for a number of the Main Building Services Contractors and Consultants in the South West Region over the past 30 years and this has included the design, project management through to commissioning of a number of high profile projects such as The Millennium Centre in Cardiff, The Eden Project in Cornwall and The MET Offices relocation from Bracknell to Exeter.

He has also worked in Saudi Arabia working on site at the complex that was housing the relocation of all foreign Embassies for Jeddah to Riyad.

He brings a great deal of experience to the Company, to all aspects of our business, which he has gained over the years.

Marlon started his electrical career as an apprentice at the age of 17 shortly after leaving school. After 2 years in the trade, he joined Mitchell’s in 2005 with the hope of gaining further experience. A year later he successfully completed his apprenticeship, during which time he was awarded Apprentice of the Year in his first and final years.Whilst at Mitchell’s, Marlon has gone on to achieve additional qualifications for the inspection, testing and certification of electrical installations and was successful in achieving Approved Electrician status.

Marlon has gained extensive knowledge in inspection and testing of electrical installations, and he became an NIC Qualified Supervisor in 2012. This paved the way for him to progress into the position of Assistant Electrical Manager and is continuing to broaden his knowledge and experience in this role.

Marlon has built good relations with many of our clients from his experience working as an electrician, and he aspires to continue to deliver a high level of service in his current role.

Get in Touch with us

If you would like to discuss any of our services then why not contact us. One of our friendly and knowledgeable staff will be only too pleased to help.
01452 302206
or
We can call you back at a convenient time
Request a call back >